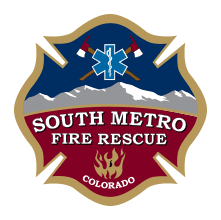 The Designated Election Official of the Cunningham Fire Protection District has been duly authorized by the Board of Directors to cancel and declare candidates elected if, at the close of business on the sixty-third (63rd) day before the election or thereafter, there are not more candidates than offices to be filled at the election to be conducted on May 8, 2018; and As of the close of business on March 6, 2018, or thereafter, there were not more candidates for Director than offices to be filled, including candidates filing affidavits of intent to be write-in candidates. Pursuant to Section 1-13.5-513(1), C.R.S., the Designated Election Official hereby cancels the regular election to be conducted on May 8, 2018.

THE ELECTION IS CANCELLED AND THE FOLLOWING CANDIDATES ARE DECLARED ELECTED FOR THE FOLLOWING TERMS:
Patricia Ann Shaver Four-Year Term to 2022
6025 S. Andes Circle Aurora, CO 80016